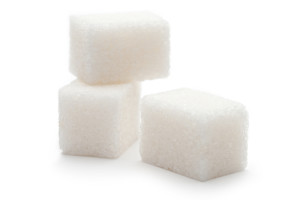 Metabolic syndrome is a collection of findings (blood pressure, blood sugar and cholesterol) related to insulin resistance. Insulin resistance occurs when excess body fat cells impede insulin from working correctly (see below). This same mechanism causes type 2 diabetes, and is an independent risk factor for coronary heart disease, diabetes, neuropathy, obstructive sleep apnea, psoriasis, cognitive aging, fatty liver, and some cancers. It is associated with decreased bone fracture risk [1]. Two thirds of the American population is overweight or obese, and more than a quarter of the population meets the diagnostic criteria for metabolic syndrome. [10]

The National Heart, Lung and Blood Institute and the American Heart Association define Metabolic Syndrome as 3 of the following 5 criteria:

Each factor comprising metabolic syndrome (cholesterol, blood pressure, pre-diabetes) is caused or exacerbated by insulin resistance. Insulin is a naturally occurring chemical (or hormone) in the body that allows glucose from the food you eat to enter the body’s cells. When food breaks down, one of its smallest components is the simple sugar glucose. All cells, the building blocks of your body, need glucose as fuel to keep going. However, glucose cannot pass through cell walls by itself. Glucose requires insulin accompaniment to enter cells. It is as though a cell is a car, and glucose is gas. Gas can’t enter a car without a nozzle/gas pump; insulin is like the nozzle through which glucose enters cells.

Clearly, diet and lifestyle modifications are the foundation of treating metabolic syndrome, with or without pharmacological treatment. There is evidence that combined diet, exercise and pharmacological interventions may prevent evolution to diabetes [11]. Even without weight loss, exercise improves insulin resistance. General information about the treatment of each of these conditions is reviewed elsewhere (see hypertension, diabetes, or hypercholesterolemia). Even those who do not have diabetes should take diabetes-class medications (metformin).[1]

TCM, Traditional Chinese Medicine, has long recognized metabolic syndrome’s associated conditions. In TCM, metabolic syndrome results from years of imbalances between the “Liver, Kidney and Spleen Systems.” These TCM “Organ Systems” refer not only physical organs, but also expanded spheres of influence that include categories of physiologic processes (like digestion, elimination, etc.) and emotional associations. As mentioned above, Western medical research now notes certain emotional states (anger/hostility and depression) possibly correlate with metabolic syndrome. In TCM, anger/hostility, some forms of depression, and hypertension are directly related to “Liver Qi Stagnation with or without Liver Qi Depression.” The “Liver System” provides negative feedback/control over the “Spleen System.” When the “Liver System” hyperfunctions (as is common with anger and hypertension), it suppresses “Spleen System” functioning.

The “Spleen System” includes digestive functions. As a result of suppressed/diminished “Spleen Qi/Stomach Yang” (diminished digestive ability/strength), “Fluids” are not properly eliminated, and increased “Dampness and Phlegm” accumulate in the gut wall and blood stream. The “Fluids” (loosely correlating to cholesterol and the substrate for fat deposition in fat cells) then migrate and accumulate in blood vessels and body tissues (correlating with plaque formation and fat deposition). Later on, weak “Spleen Qi/Stomach Yang and Kidney Qi Deficiencies” fail to produce “Wei Qi” (defensive energy), which loosely correlates to dysregulated immune function/inflammation: the ultimate culprit in insulin resistance.

Thus, Chinese Medical physiology and pathophysiology anticipates the association of hypertension, diabetes and increased cholesterol. According to TCM, it does not follow that all people with hypertension or depression develop metabolic syndrome, as there are other “Organ Systems” at play. However, TCM theory is robust enough to find metabolic syndrome’s associated conditions common and predictable, despite lack of objective blood pressure and laboratory measurements at TCM’s inception.