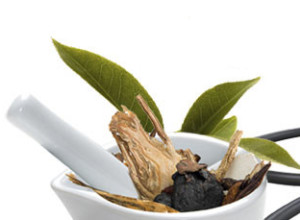 Chinese Herbal Medicine (CHM) shares much of its foundation with acupuncture. However, the knowledge base required to practice CHM within Traditional Chinese Medicine (TCM) is more profound and complex than that of acupuncture alone.

While acupuncture primarily concerns itself with Qi movement, CHM considers more subtle variations of each organ system’s imbalances to render treatment. (An “organ system” includes both the organ itself and its expanded TCM definition.) For example, acupuncture alone may alleviate a Qi blockage (common in pain issues), while Chinese Herbal Medicine addresses the relative and absolute levels of Qi (and other factors) in the body. In traditional terms, CHM effectively balances organ systems’ functions to alleviate a vast range of conditions.

Exciting new scientific research elucidates some of the mechanisms by which certain herbs and herb formulae work. For example, the Chinese formula Banxia Baizhu Tianma Tang improves blood pressure in a manner similar to ACE inhibitors like captopril (renin angiotension/aldosterone system), plus it improves insulin sensitivity.[18]  By working at the cellular level, improvements in harder to treat conditions, such as internal medicine problems like hypertension, may be achieved.

Effective herbal treatments can have dramatic, rapid effects. Many patients note the quick alleviation of symptoms is sometimes supplanted by symptoms experienced previously. This frequently signals the start of a step-wise progression toward rebalancing the body, the concept being that the states of health/imbalance experienced prior to the current state reflect an earlier, less advanced state of imbalance.

As a result, Chinese herbal medicines require close follow up. Treatments must vary in-step with improvements and changes in the body.

Dr. Villanova is board certified in Family Medicine and Medical Acupuncture. She completed Chinese Herbal Medicine training for physicians in 2010. Combining knowledge of TCM pattern diagnoses and Western pharmaceuticals places her in a special position of being able to use both systems to address a complaint. TCM describes subtypes of various conditions, and Chinese literature is beginning to suggest specific pharmaceutical choices based not only the traditional pattern diagnosis, but on current clinical and animal research as well. For example, one common cause of hypertension in TCM is the “Liver Yang Rising” pattern, which loosely correlates with autonomic nervous system irritation. The same recent research also suggests that these patients indeed fair better with beta-blockers (also given for performance anxiety), while those with other subtypes seem to respond to other pharmaceutical classes.